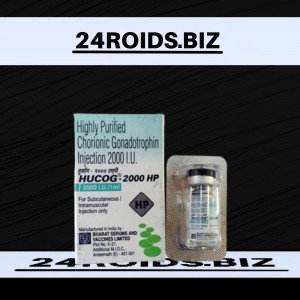 HCG (Human chorionic gonadotropin) is a main therapeutic agent found in Hucog 2000 IU Injection, which is mainly prescribed to those men and women who are suffering with the infertility problem. HCG is a polypeptide hormone, which is generated by the syncytiotrophoblast (a component after conception).

HCG play a noteworthy role in normal development of egg in female’s ovary and stimulate the release of an egg during ovulation process.

HCG (Hucog 2000 IU Injection) also treat infertility in men by increasing the production of testosterone hormones and improve the quality of sperm.

Human chorionic gonadotropin is prescribed in following medical conditions like-

Hucog 2000 IU Injection is presented in the parenteral preparation, which is to be administered Intra-muscular (I/M) and subcutaneous route (S/C).

When you should avoid Hucog 2000 IU Injection?