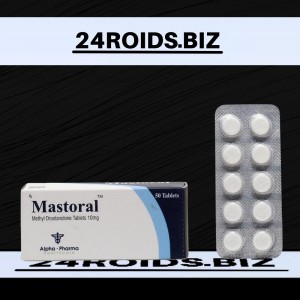 Despite the fact that methyldrostanolone is a DHT derivative and cannot convert to estrogen, some users have still reported gyno like symptoms during or after a cycle. This effect is likely related to the strong SHBG binding effect and increase in freely circulating estrogen (and testosterone) from SHBG. Gyno symptoms may also be related to the fact that methldrostanolone lacks a strong DHT metabolite to antagonize the effects of estrogen (while also having a relatively low intrinsic androgenic value).

Having a fairly low androgenic value will mean that methyldrostanolone will be light on the hairline for most men. However those susceptible to male pattern baldness may still noticed accelerated hair loss during a cycle.

Because of the di-methylation, methlydrostanolone is considerably more resistant to breakdown, thus more potent per mg than most other steroids. However this makes it more liver toxic than other single methylated 17aa orals. Negative effects on the liver generally manifest as a condition known as reversible cholestasis. This is essentially a slowing or complete blockage of bile acids from the liver. Immediate signs of compromised liver function included reduced appetite and general sickness, which will soon be accompanied by yellowing of the eyes (jaundice), excessive itchiness and very dark urine. If these effects are noticed, methyldrostanolone should be discontinued immediately.

Other reversible side effects from methyldrostanolone may include increased blood pressure, reduced HDL cholesterol and lower back pumps.

Results wise, users should expect extreme strength increases and weight gain in a relatively short 2-4 week period. Weight gain upwards of 20lbs in 4 weeks is not unheard of with this incredibly potent compound. Although subcutaneous water gain would be minimal, intramuscular water retention should be expected. This is due to inhibition of 11b-hydroxylase and build-up of mineralcorticoids which encourage salt and water retention within the muscles. The most obvious physical effects will be improved vascularity, aggressive muscular pumps, and oily skin.

While methyldrostanolone can stack well with most other steroids, it should never be stacked with another methylated (17aa) steroid.