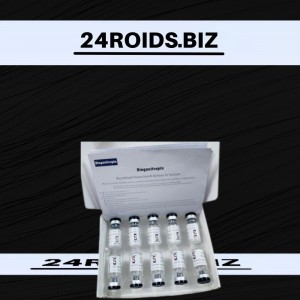 Singanitropin 100 IU is an HGH product. This product has many extraordinary benefits and features. The child allows physical development. Adults have the effect of delaying aging. It is also a product of choice for body builders and athletes. This increases protein synthesis in the body by affecting fat metabolism, preventing the storage of fat and causing fat burning. It affects carbohydrate metabolism and balances blood sugar.

Assuming you’re thinking of cycling HGH to improve your body composition, it is best stacked with an effective steroid cycle, and for experienced hormone users – often insulin and T3 (NB I am not advocating these due to their dangers, simply stating it is a common choice among elite bodybuilders I know).

5iu daily is a fairly common starting dose, taken for five days in a row with two off. The two off days are merely to reduce the cost of the cycle whilst remaining effective, so this protocol is not set in stone. Higher dosages are often used by the experience user, but dosages exceeding 10iu a day often result in notable side effects such as sore joints.

A HGH cycle needs to last at least a few months before its effects can be seen, and many users report that a steady, moderate dosed cycle over a longer time frame is more effective than a shorter cycle with a higher dose.

HGH is injected into the subcutaneous layer using an insulin needle. The stomach and hips are popular choices because it is widely believed that the area you inject the HGH will have the greatest fat loss.

HGH has to be kept in the fridge and when it has been mixed with bacteriostatic water it is very fragile, so avoid shaking.

Since Singanitropin 100 IU is an HGH product, some side effects may be seen. The possibility of experiencing these side effects increases with overdose and prolonged use. These side dishes are generally: edema, carpal tunnel syndrome, arthralgia, diabetes, gynecomastia, heightened cholesterol levels, joint soreness, nerve irritation, numbness, possible abnormal organ growth. You are a conscious consumer to be protected from these side effects.